The federal government have made $30 billion available under the loan guarantee scheme with eligible businesses able to borrow up to $5 million – 80% of that will be guaranteed by the government.

Bill Lang joined Holly Stearnes from Ticker News to discuss the expansion of the scheme and what it means for small businesses. 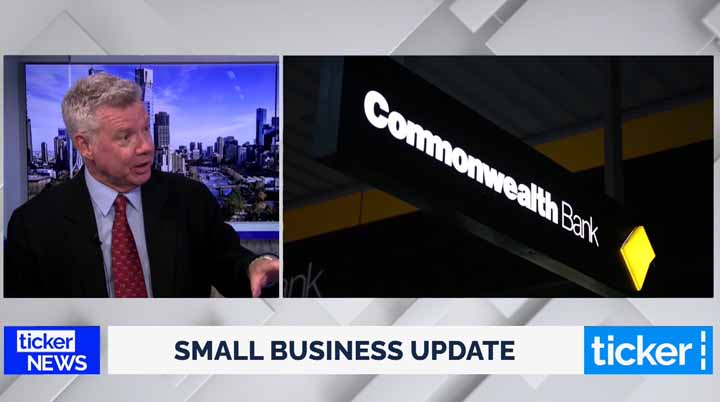 What else do you think that maybe the federal government might announce in order to help? Because there’s obviously once the JobKeeper stops a lot of businesses are out in the lurch, not just tourism, but other businesses, what is in it for them?

Well, what we’re hearing from the government is there’s going to be tailored support. The Prime Minister has said that look, not every business can be saved, which therefore, by definition, it means the government’s picking winners versus losers.

And it would be good to say, well, look, if you’re not going to provide any additional support for particular businesses, let’s lay out exactly who they are. So that, you know those business owners are aware of that and can plan accordingly. And secondly, make sure there’s a true safety net so that no business owner will end up bankrupt as a result of this.

We’ve already had 100,000, small business owners in the country have to sell real estate, to be able to get the funds to be able to keep going so far. So it’s a very challenging time coming ahead, we need some more clarity and certainty around what it will be doing not rolling announcements every two or three days is something else. And so people are hanging on and hoping if they’ve already made the decision, communicate the decision so people can make adequate plans.

Absolutely. It’s about having that clarity so business owners know what’s coming forward. Now, we know that an 80% federal government guaranteed loans scheme is in the talks. Can you just elaborate exactly what that is and what it means?

Yeah, this is very good news, particularly for those businesses that have a level of confidence about the future where they need to either refinance existing loans that they’ve got out or get additional finance in terms of keeping the business going and growing the business.

So what the government, the federal government has done is they’ve said, Look, and I think there’s something like potentially $30 billion, and that an eligible business can go and borrow up to $5 million. And 80% of that will be guaranteed by the government. So what that means is in the event that that loan can’t be paid back, they’re not going to come after the assets of the business owner.

Because normally when you go and get a bank loan, you’re going to provide a mortgage over your house, you know, personal guarantees, things that ultimately the individual has to pick up. So this is very positive news from their perspective and the way people access it is to go to their banks. Talk, ask them about the government, small business loan guarantee fund, can they refinance what they’ve got as a part of that, if they need additional funding, can they make an application as part of it because the applications happen through the banks.

The other part of it, which is a real positive, it’s a two year repayment holiday. So if you’ve got some confidence about the next couple of years, you won’t have to make any repayments in those two years, which will buy you more time to potentially get back into what we call cash flow positive land.