Previous Next
Courier Mail | Anxious agents beg for a boost

Tourism Sector On Brink Of Collapse

Mr Lang called for the extension of JobKeeper for travel agents until international travel resumed, followed by cash injections for businesses.

“The issues to the $28bn travel agent industry have been caused by the policies of governments, both state and federal,” he said. “They are the ones who have closed borders and banned travel, which for the health of the nation no one is arguing with. 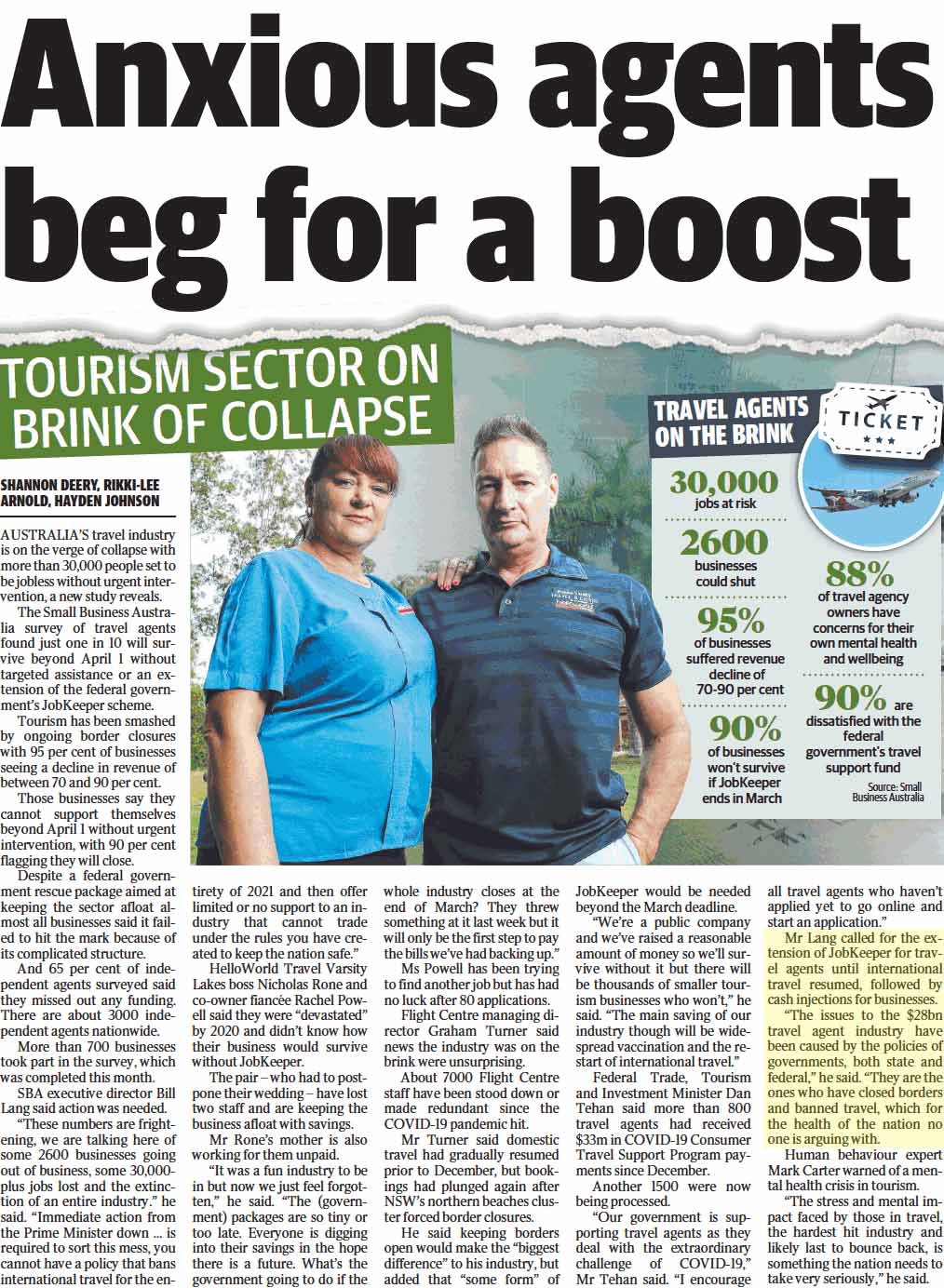