Previous Next
Less than 30,000 places left for the governments new trainee/apprentice support fund

To assist with the recovery from the impact of COVID-19, the Australian Government is providing support for up to $28,000 per trainee or apprentice to assist with wages. Bill Lang spoke with Ticker News this morning to say that many small businesses are missing out on this opportunity and instead of increasing employment the places have been taken up by big companies signing up existing employees “it would appear that a whole bunch of them have actually gone to organisations that already had apprentices and sign them up under this new programme.” 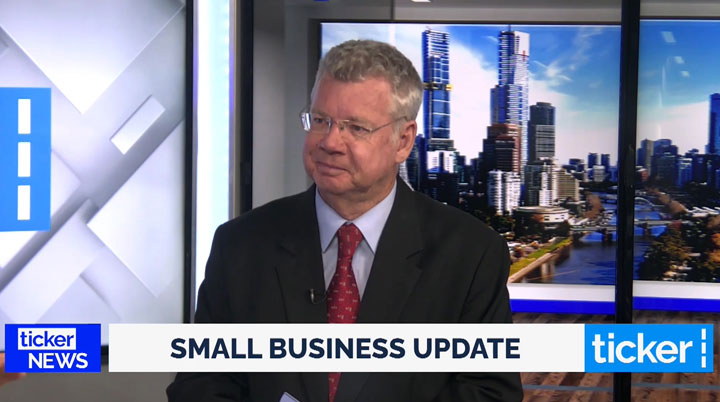 How are small businesses recovering and managing right now?

Adrian Franklin (Ticker News)
So what, what are you seeing at the moment? I mean, I’m obviously tracking small business. We all are. We’re now in what are we January, February this year, things are ticking along. How are you feeling about things generally?

Bill Lang (Small Business Australia)
Generally speaking, there’s a lot of positive vibes out there in a number of particular small business sectors, you know, things are moving in a positive direction, but we still very much have a tale of two or three cities. And what I mean by that is that certain cities, the foot traffic is still down considerably compared to others. Certain geographic areas, business types have relied upon international tourists as an example, or international students, still in an enormous amount of pain.

Small businesses missing out on trainee and apprenticeship funds

Adrian Franklin
So the federal labour says that the government is destroying taxes at apprenticeships. So what’s going on here, in terms of small businesses, and are they missing out through what you know, the Labour Party is suggesting?

Bill Lang
There’s been commentary recently from the Federal Labour Party around you know, the Liberal Party, the federal government for years defunding Tafes and Vocational Education. So tracking things called apprenticeships, which for blue-collar people, and then sort of white-collar traineeship, similar thing to apprenticeships.

So, you know, the federal government in the last budget, you know, announced the great big programme called a building that apprenticeship commencement, let’s get another 100,000. Let’s provide businesses with access to potentially up to $28,000 to get those people in. Now, it turns out of the 100,000 places that were made available, more than 74,000 have already gone in three months. And it would appear that a whole bunch of them have actually gone to organisations that already actually had apprentices and sign them up under this new programme. So the governor really quickly changed the way they designed it, because it didn’t actually add to employment. A bunch of people have been big companies, access money that was supposed to be more for smaller companies to access. So there’s 25,000-26,000 left apparently, many small business owners don’t know about it, and can be tapping into it.

To find out if you are eligible for the trainee and apprentice support visit – www.smallbusinessaustralia.org/traineeship-opportunities

Adrian Franklin
Right. Well, that’s interesting, because policies implemented by governments and it can look shiny and all the headlines, but then drilling down you watch closely to see does this trickle through? And you’re suggesting that at the moment, it’s they need to perhaps do more?

Bill Lang
Absolutely. And I think we’ve got to avoid this sort of trickle sort of concept. We know that a trickling through a number of these businesses need very direct broadband straight direct help to be able to survive and to be able to bring people on and yeah, there’s a lot of money has been made available. It’s quite complicated to sort your way through it. We need to simplify this stuff. We need to get the design right, right at the beginning, take an extra week to get it right. Rather than find that 10s of 1000s of these places have not actually added to employment, and big corporates have got access to corporate welfare payments.

It’s time to get back to the city

Adrian Franklin
We were talking about foot traffic a moment ago. So Small Business Australia released its suburb activity research over the weekend, talking about Melbourne, in terms of foot traffic, but what have you seen here with the report? And also, what can we do about it at this point, you know, we need to get there right now.

Bill Lang
And so when you sort of compare the major capital cities, in particular, you see that basically, Melbourne is still almost down and on a relative basis, still 50%, behind where Sydney is, right Sydney, sort of the second in the ranking. So we’re going to get people, of course, you know, coming back to their offices during the week and coming back into the city areas. There’s some great stuff that’s happened in terms of making everything COVID safe, fun things to do in the city.

So we had a few things to happen that we really need, in the case of the state of Victoria, the Victorian Government to take the lead and not talk about sort of minimum percentage of their employees that can come back. But they can take the lead, they work for the government, they work for the people of Victoria, how about we have like a minimum of 50% of them back in the offices, the biggest employer in the state of Victoria is the state government. Let’s get them back in there. And the other thing is that all of us can actually do is get into the city.

You know, if we’re not actually working in the city, get there on the weekends, and even the events like yeah, the Australian Open is on, there’s been a lot of pain involved with the people of Victoria, a lot of angst about it. And yeah, when I was watching it last night, plenty of empty seats, and according to Nick Kyrgios, even room in each box, so, you know, for those of you viewers out there, got a girlfriend got a boyfriend, like grab them go in and go and sit in Nick Kyrgios’ box.

Adrian Franklin
Very, very good. Yeah, I’ve been working the Australian Open, as you know, and it’s, um, I think the first day the weather was a little bit average, hopefully, with the good weather. But you’re right, we probably need to be more conscious and say, look, maybe I wasn’t thinking of going, but I need to go, I need to walk into the city, I need to go to the restaurant, the cafe or whatever, get in there. Start making more of a conscious effort in some ways, right?

Bill Lang
Look, I think absolutely. And look, I was talking to my 79-year-old dad yesterday. And he goes, there’s another outbreak in Melbourne. And it’s one positive case from 15,000 tests. So we need some calmness bought to all of this. And we need that leadership from the government. And when you call a press conference at 11 o’clock at night to make a whole bunch of changes. And then you sort of say at 11 o’clock at night. Well look, it’s just one case. You know, the action is a bit inconsistent with the way they’re carrying on and the other big thing here Adrian, we’ve got some small businesses they’re getting named and shamed. We’ve got, you know, QR tracking technology, we should be like New South Wales and every Victorian business use the same one available for free from the government. So this stuff can happen much more quickly in the people to be there can be directly contacted, rather than continuing this epidemic of fear about this virus