Trust in the government has been lost

Previous Next
Trust in the government has been lost

Information featured in The Age article:

A push to open businesses more quickly across Melbourne was also the focus of full-page advertisements in Sunday newspapers. The ads – with the heading “Victoria Let’s Be Open!” – called for an alternative to “the message that there’s ‘no choice’ but to follow the harshest lockdown rules in the Western world”.

Bill Lang, executive director of lobby group Small Business Australia, helped organise the advert, signed by 92 people including prominent restaurateurs Chris Lucas and Teage Ezard and business leaders Marget Jackson and David Smorgon. Mr Lang, who has in the past been a member of the Liberal Party, said the ad was a direct response to the state government’s constant shifting on when businesses could reopen.

He said trust in government had been damaged by the failure of hotel quarantine, and that many Victorians had little faith the Department of Health and Human Services could manage contact tracing properly. “They just keep saying, ‘Trust us.’ it’s like we’re on the deck of the Titanic and the captain is saying, “This thing is unsinkable.'” 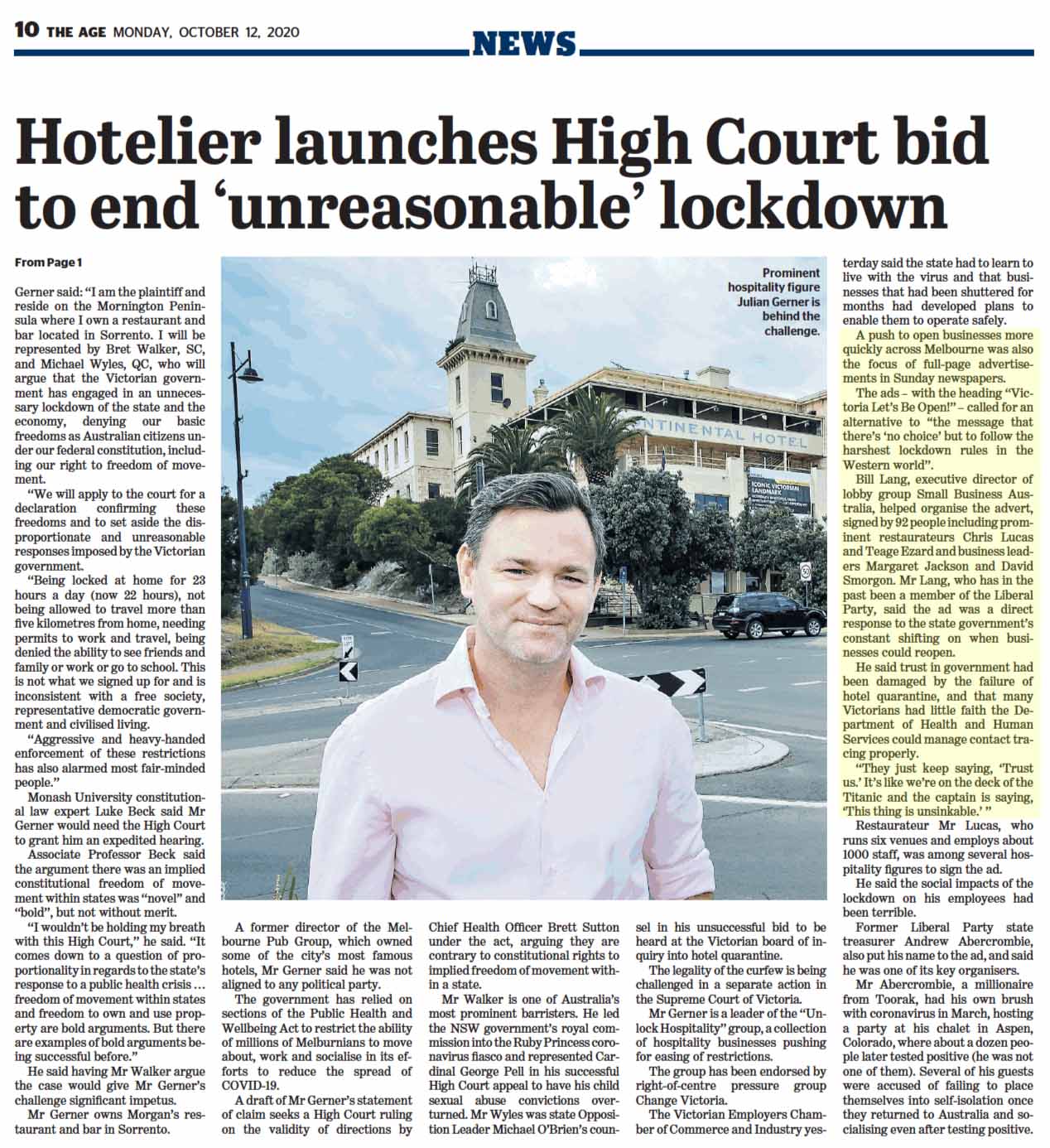