While hundreds of 1000s of small businesses are on the brink of collapse research shows that 58 major ASX companies received JobKeeper despite 34 of them mading a profit.

Bill Lang joined Chris Kolher from Channel 9 to discuss the implications for small businesses as JobKeeper is set to finish at the end of March.

Click to view the segment on Channel 9 News or read the transcript below. 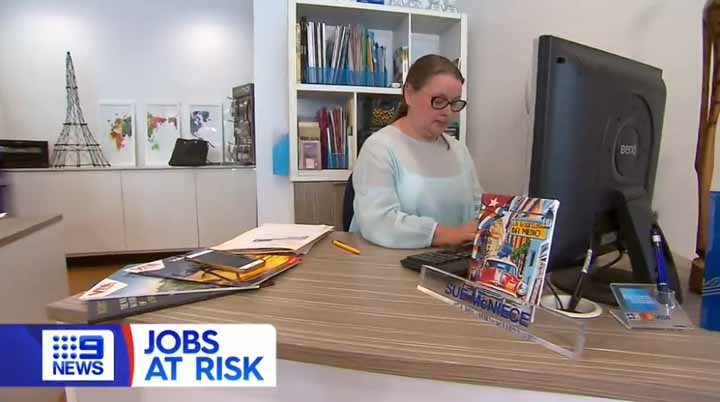 Ten days remain until JobKeeper is unwound and more than half of all small businesses are expected to suffer. At the same time, new research reveals millions have been paid to big companies that didn’t need it. Business reporter Chris Kohler

Sue McNiece’s travel agency has cut back as far as it can. And when JobKeeper ends in two weeks, the four workers have agreed to split one salary.

We just get up and do what we’ve got to do. But you can’t think about it for too long, because it’s just soul-destroying

30,000 industry jobs could be lost. The agency next door is already gone.

You can’t work for 20 years in a business and not be passionate and not want the business to just keep going.

But well, hundreds of 1000s of small businesses are on the brink of collapse. New research shows some big corporates cleaned up.

We’ve spent an awful lot of money on companies that actually didn’t need it.

58 major ASX companies received JobKeeper in the second half of 2020. Despite making a profit 34 told investors their underlying earnings were actually stronger than pre-pandemic, they were still handed a combined $294 million in taxpayer funds.

This does not pass the pub test. This is un-Australian

Small business groups are furious. As we’re paying the money back.

I wouldn’t hold my breath. They got it legally. And they’re entitled to throw a great Christmas party if they want to.

The Prime Minister today said it’s up to them.

And many have and I commend them for doing so. But let’s not forget what JobKeeper was doing. I mean, I would rather have profitable companies then non-profit will companies

The end of JobKeeper of course will be felt much harder in the local shops. New research shows more than a million Australian small businesses are still struggling

With respect to the end of the month and JobKeeper. There could be up to a couple of 100,000 of them will close indefinitely or permanently.

Others will find a way to scrape by.