Small Business Australia director Bill Lang said there was concern the snap lockdown could continue for longer than five days.

“With the announcement of the second lockdown, initially the [Chief Health Officer] said two weeks would be enough and then two weeks turned into 12 weeks,” he said.

“There’s not a small business in the state that isn’t still in shock in coming to grips with the implications of this third lockdown.”

Mr Lang said JobKeeper would not help small businesses that had lost money on produce, and he called for targeted support from the federal and state governments to reimburse the most affected businesses. “Outside of the people who have died directly as a result of COVID, the biggest financial, economic, emotional and mental health impacts have been borne by small business people. 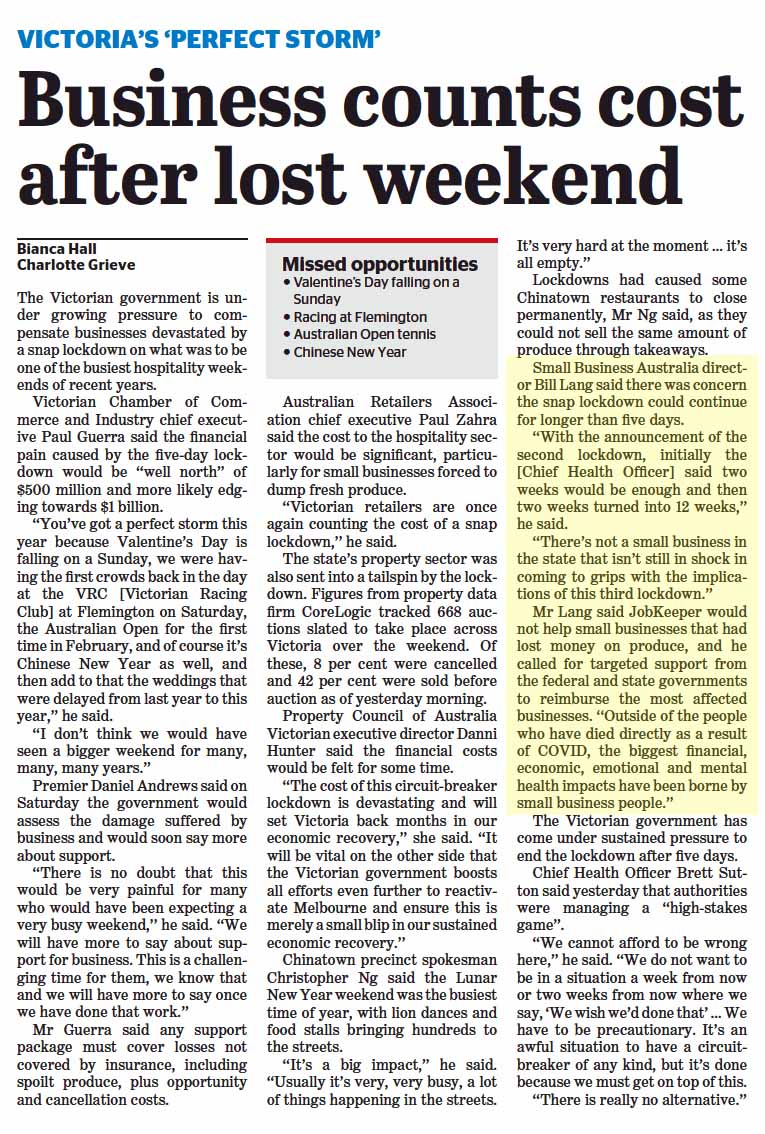